The mystery existing between an open moment and a person's preparedness reveals the truth. 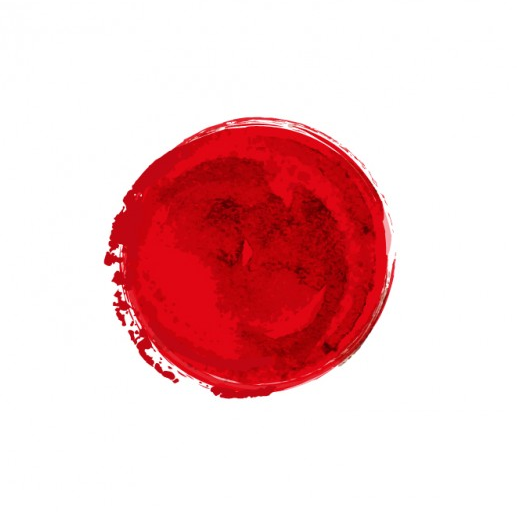 Apply the way of karate to all things. Therein lies its beauty.
​Gichin Funakoshi
The ultimate aim of the Art of Karate lies not in victory or defeat but in the art of perfection of the character of its participants through hard training, sincerity, effort, etiquette and self control. These are the five key principles of the Dojo Code:
​ 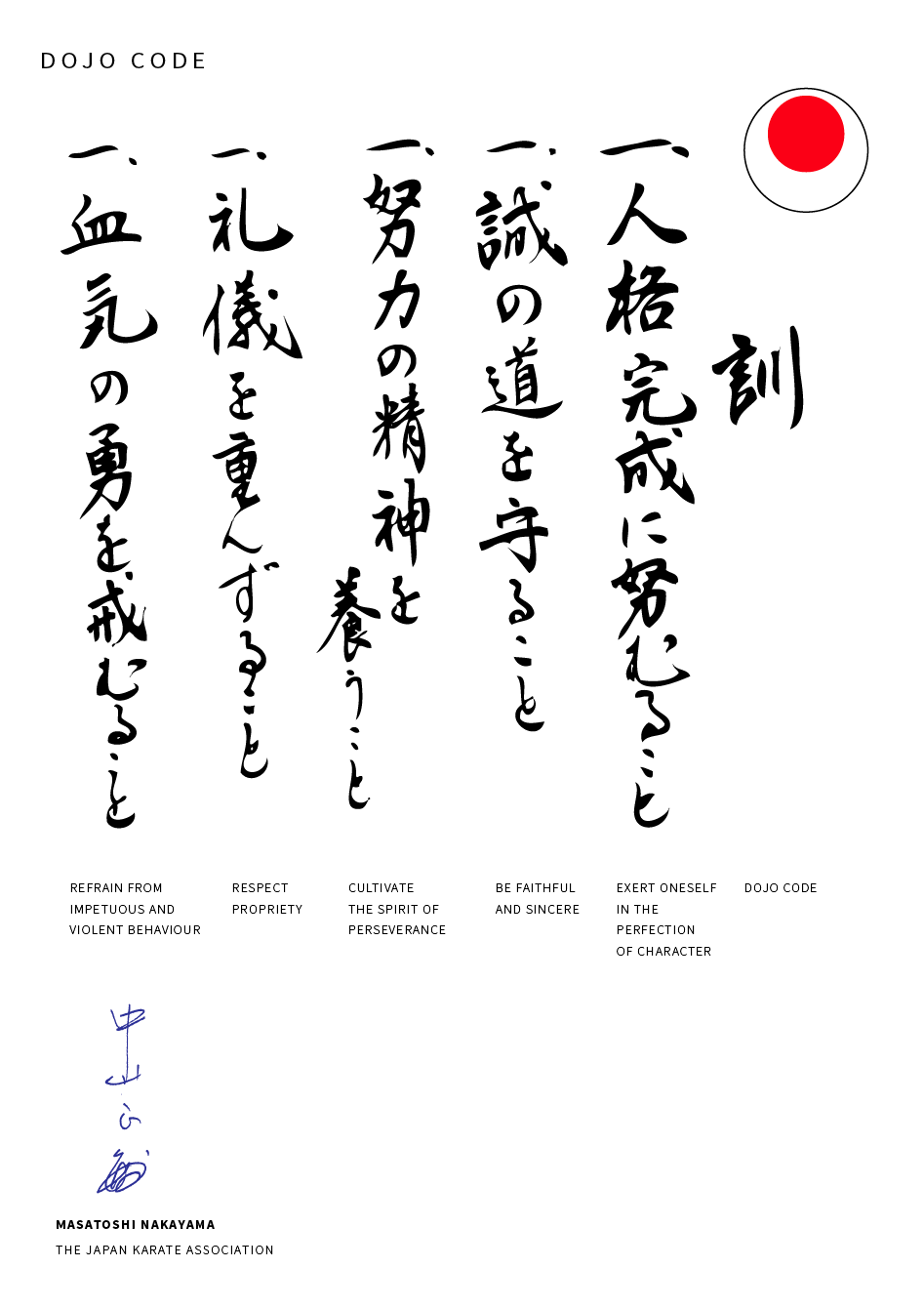 Download File
Masatoshi Nakayama (中山 正敏 April 13th 1913 – April 15th 1987) was a Japanese master of Shotokan karate. He helped establish the Japan Karate Association (JKA) in 1949, and wrote many textbooks on karate, which served to popularize his martial art. For almost 40 years, until his death in 1987, Nakayama worked to spread Shotokan karate around the world. He was the first master in Shotokan history to attain the rank of 9th dan while alive, and was posthumously awarded the rank of 10th dan.  Note: Nakayama Sensei's signature (above) from the author's collection.

There is no first strike in karate.
Hitotsu, karate ni sente nashi

Karate stands on the side of justice.
Hitotsu, karate wa, gi no tasuke

The outcome of a battle depends on how one handles emptiness and fullness (weakness and strength).
Hitotsu, tatakai wa kyojitsu no soju ikan ni ari

Think of hands and feet as swords.
Hitotsu, hito no teashi wa ken to omoe

When you step beyond your own gate, you face a million enemies.
Hitotsu, danshi mon o izureba hyakuman no teki ari

Do not forget the employment of withdrawal of power, the extension or contraction of the body;
​the swift or leisurely application of technique.
Hitotsu, chikara no kyojakutai no shinshuku waza no kankyu o wasuruna

Be constantly mindful, diligent, and resourceful, in your pursuit of the Way.
Hitotsu, tsune ni shinen ku fu seyo
Gichin Funakoshi (船越 義珍 November 10th 1868 – April 26th 1957) is the founder of Shotokan Karate-Do and is attributed as being the "father of modern karate". He was one of the Okinawan karate masters who introduced karate to the Japanese mainland in 1922. He taught karate at various Japanese universities and became honorary head of the Japan Karate Association upon its establishment in 1949.

THE LANGUAGE OF KARATE 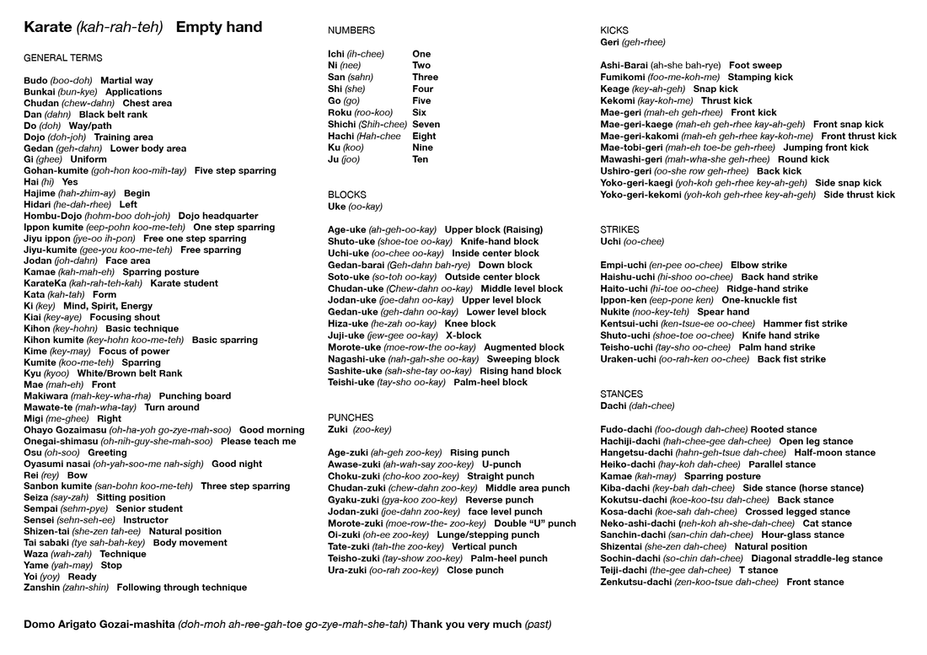 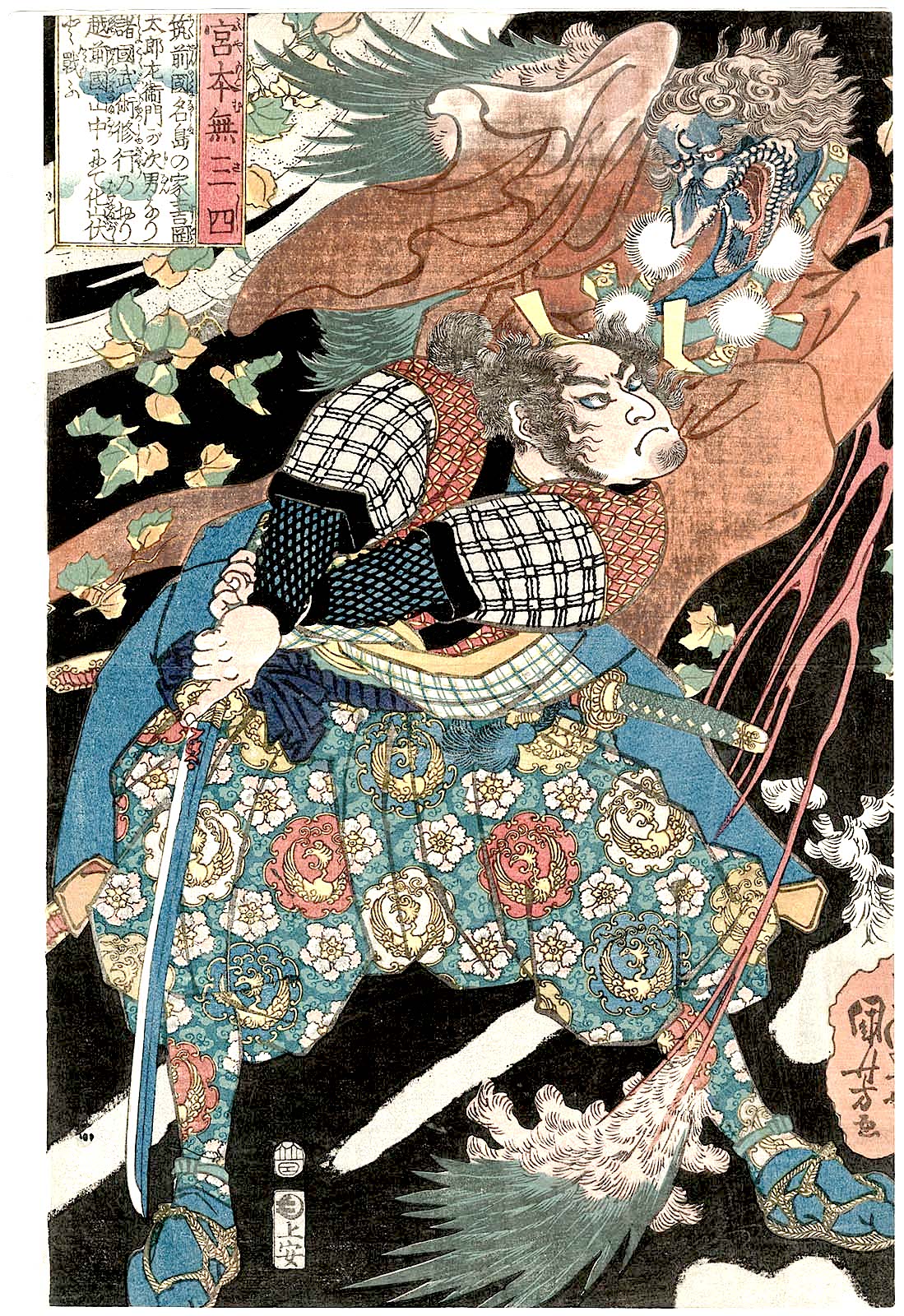 ​“The ultimate aim of martial arts is not having to use them.”
Miyamoto Musashi, A Book of Five Rings

松濤館 THE SYSTEM OF KARATE  >> 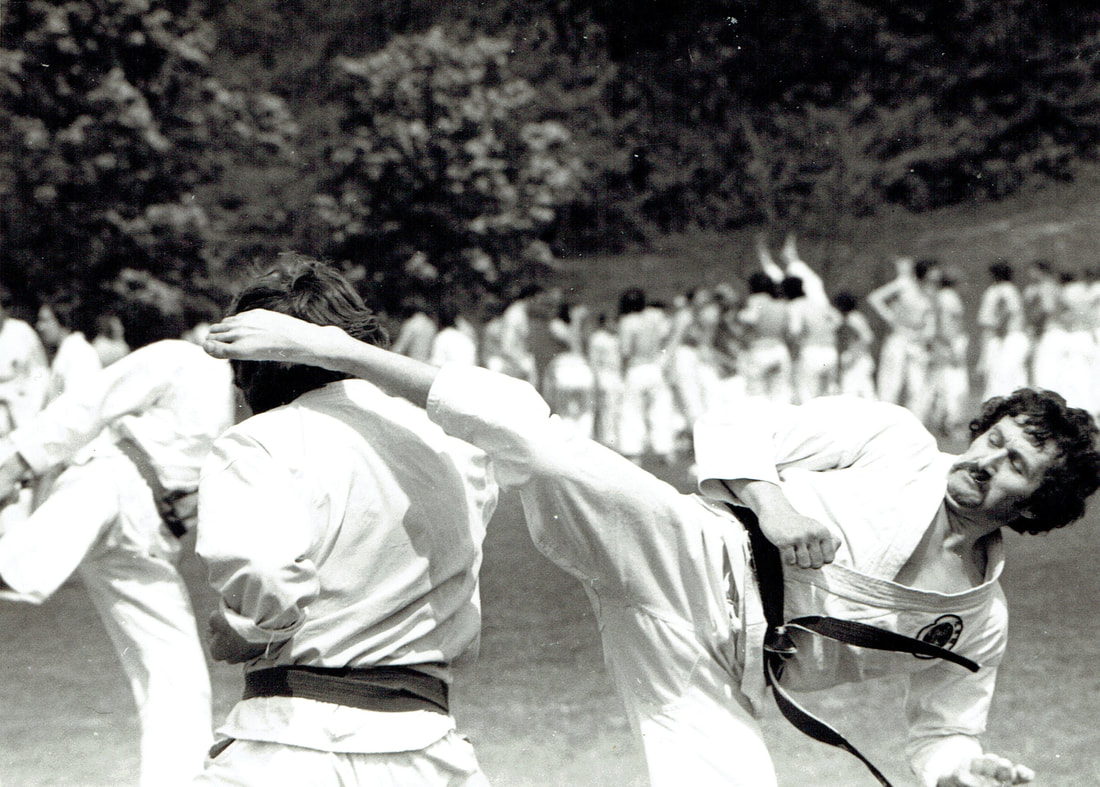